Gravette School District through the years 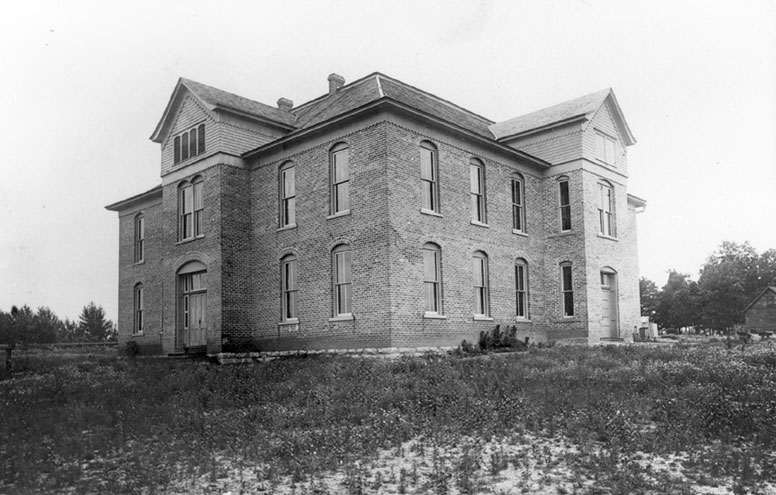 Gravette School District is a rural district nestled in the northwest corner of Arkansas. The district serves several small communities and surrounding areas of Gravette including Sulphur Springs, Hiwasse, Maysville, and western parts of Bella Vista. Student enrollment for the district is approximately 1,950. Some students are highly mobile between Gravette and other surrounding cities. Gravette schools are just minutes from Bentonville, Rogers, and Siloam Springs in Arkansas as well as Noel and Anderson, Missouri. These areas often provide employment opportunities and affordable housing.

The first school in Gravette was the John Wesley Cromwell School, it began in 1878. Due to growth, compulsory education, consolidation, schools were relocated from one side of town to another in 1898. The school was moved to the Covey-Kindley addition where a new brick building was erected in 1900 (pictured to the left). This was located in the area of the City Library and Civic Center.

Throughout the early 1900s, buildings were added to accommodate students and new programs such as home economics, and athletics. Addition of elementary rooms, cafeterias and other programs escalated sharply after World War II and in the late 1900s.

Gravette School District staff, parents, and community partners are proud of all our schools and are committed to making our district one of the best in the state. With great pride, we work together to provide opportunities for children to be successful and prepared for a future in today’s changing world.